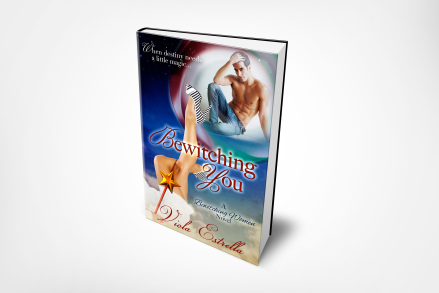 Read the first book in the Bewitching Women series for free!

Bewitching You – when steamy romance meets magic and mayhem…
A love spell gone wrong. An interfering ghost. A nosy mind-reading grandmother. And a psychic man-hating mother. To say Sofia Good’s life is a mess might be the understatement of the century. But when her visions forecast a love worth fighting for, she’s willing to do just about anything to meet the man of her dreams.

Grayson Phillips lost his twin brother in a senseless accident, and now he’s trying to gain back control by maintaining a safe and uneventful “life plan.” But after sexy, quirky Sofia crash lands into his world he’s forced to rethink his strategy.

When a love spell is cast on the pair—drawing them together despite the odds—time will tell what fate has planned for them.